Eleven churches were hewn into the red rocks of Lalibela at the turn of the 12th and 13th centuries. At that time, Lalibela was the centre of power and civilisation in Ethiopia. There were four important priest kings reigning from Lalibela, or Roha, as it was called at that time, and King Lalibela was the most important of them. Roha was renamed Lalibela in the 14th century at the time, when King Lalibela was canonized. The eleven rock hewn churches of Lalibela are located in two groups and the most famous one, St. Georg Church separately, but close to them. It is possible to visit all the churches on one day, but most people prefer to divide their visit to two days. 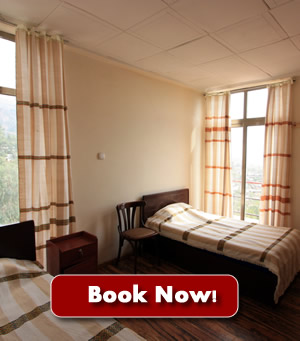